A downloadable game for Windows and macOS

Never underestimate a degenerate from the upper galaxy to get down and dirty in the Kuiper Asteroid belt. Using the onboard Electromagnetic field, these skids  are breaking into the illegal salvage game. Collect asteroids, return them to the Disposal Unit managing Parallel Storage to Exacting Regulations (D.U.M.P.S.T.E.R.) and try not to get yourself blow'd up.

This game is dope AF.

Amazing work. I'm in love with the overall visual style, the main menu and the sound design. The controls are tight and intuitive, and the game has an old school feel that is equal parts addicting and punitive. Love the sense of humor. Kudos to your wife for the title!

Hopefully constructive feedback:
I found myself a bit frustrated at times knowing exactly when my shield was about to drop. Sometimes I would try and collect an asteroid right as it was going down, only to explode while the indicator on the ship was still (seemingly) active. Either allowing a little leeway window, or giving some kind of flashing indicator on the ship/shield itself might alleviate this. The UI elements in the corner look great, but I found in the middle of the run I didn't want to ever look down there, because I was laser-focused on my ship and dodging projectiles.

It also took me a few runs before I realized that the asteroids you carry can be used defensively as well as offensively. I'm not actually sure if it was intended, but I progressed further once I realized I could reliably keep a few towers down.

Minor nitpick: it was sometimes difficult at times to differentiate between the "background" space ruins, vs. what was foreground and impassable. A couple times I ran into or got caught on the foreground parts and died as a result. Also, on my very first run I completely avoided the background bits because I assumed I'd crash if I hit them. This may just be due to the colors on my monitor not being clear.

Overall, amazing job. This was a joy to play. Thank you for sharing it!

Thanks so much for playing!

The shield drop/active situation I'll have to revisit. I'm not sure how I'd change it to read more clearly but that definitely makes sense. When your shield is active but in reality it is just displaying 4 shield points and an asteroid deals 40 damage, the shield being active doesn't really mean anything so leeway would go far in that regard.

Initially for the UI I only had the shield indicator in the bottom left and found it was just too ridiculous so I added the shield rings around the ship. Definitely ways to improve the UI in ways that don't require you take your eyes off your ship.

In terms of the impassable objects, I think a recolor would be enough to define them against the background. It definitely doesn't read clearly enough whether you can fly over or not.

I appreciate the feedback and I can definitely make these changes. I'm glad the style I had in my head translated into the game. When I was working on it I started getting hints of The Guardian Legend and Star Control II which made me drive hard to finish it.

Thanks for the feedback! Look forward to more in future jams! 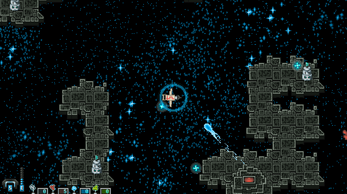 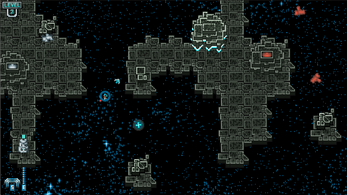 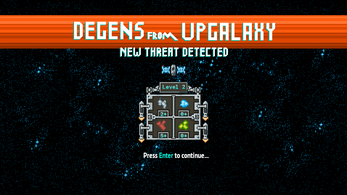 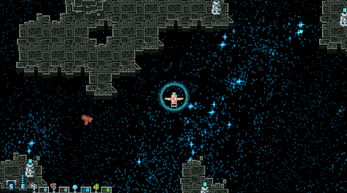 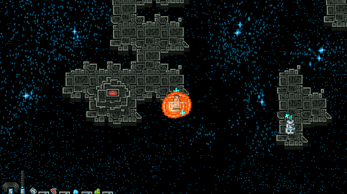 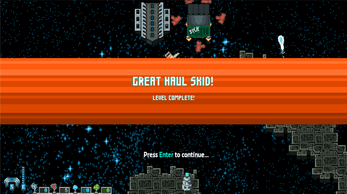